My New Book is Out! 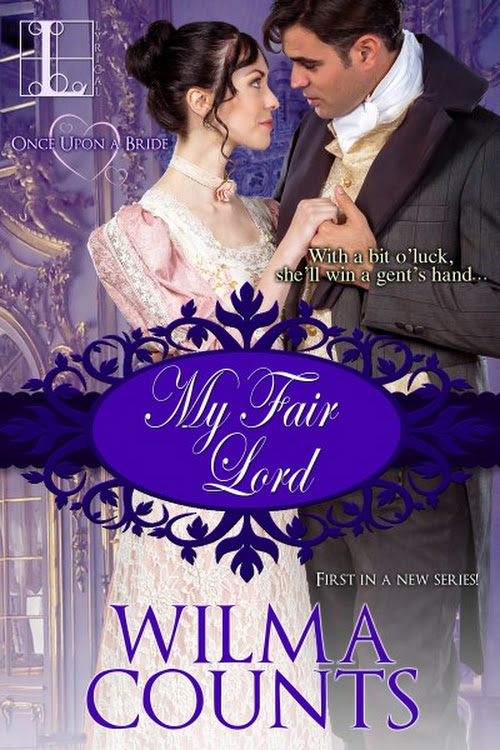 This is all part of Kensington’s press blitz. 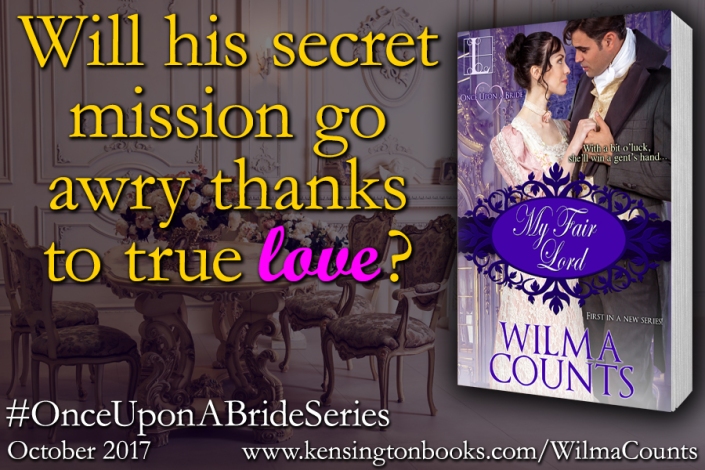 First in a series! 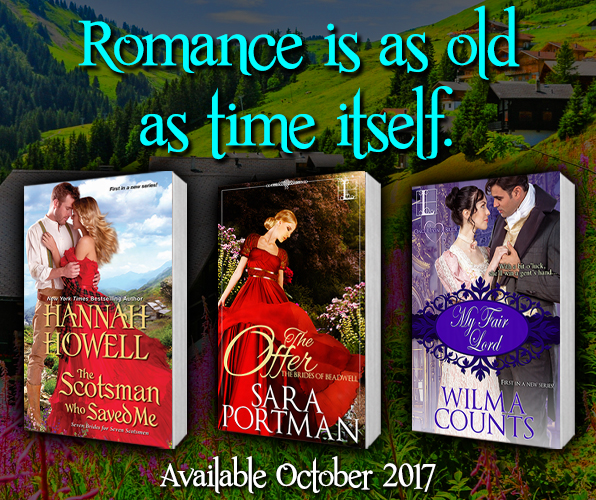 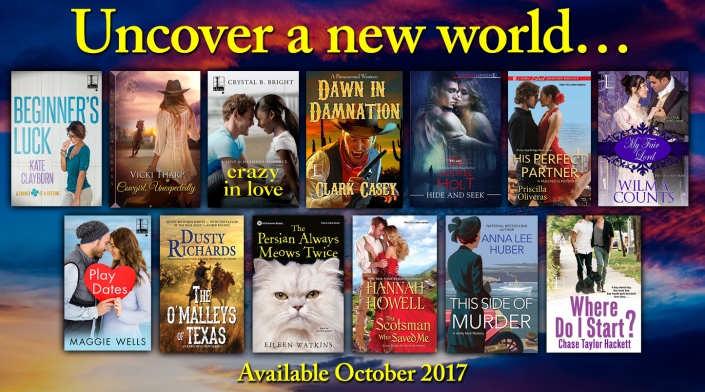 I am up against it with a new deadline, so I am taking a break from blogging for a while.  (The knee surgery this winter took more out of me than I anticipated–I got very little done then.)  I WILL be back, though!!!  Meanwhile I would love to hear from anyone who cares to discuss a book or respond to any of my observations and rants.

An update on titles available on Amazon:

Kindle version for the screaming deal of 99¢ —

Additionally, it would seem that the publisher has made quite a number of older titles available in the Kindle format.  They are available here:

First in the Once Upon a Bride series!

Well-bred, well-dressed, and well-read, Henrietta, Harriet, and Hero are best friends who have bonded over good books since their schooldays. Now these cultured ladies are ready to make their own happy endings—each in her own way . . .

Lady Henrietta Parker, daughter of the Earl of Blakemoor, has turned down many a suitor for fear that the ton’s bachelors are only interested in her wealth. But despite the warnings of her dearest friends, Harriet and Hero, she can’t resist the challenge rudely posed by her stepsister: transform an ordinary London dockworker into a society gentleman suitable for the “marriage mart.” Only after a handshake seals the deal does Retta fear she may have gone too far . . .

When Jake Bolton is swept from the grime of the seaport into the elegance of Blakemoor House, he appears every inch the rough, cockney working man who is to undergo Retta’s training in etiquette, wardrobe, and elocution. But Jake himself is a master of deception—with much more at stake than a drawing room wager.
But will his clandestine mission take second place to his irresistible tutor, her intriguing proposal . . . and true love?

This entry was posted in Book Review, On Writing.

SOME GOOD NEWS ON THE WRITING FRONT!

MY writing front, that is.

Over a month ago, I finished the manuscript for the first book in what is—so far—to be a three-book series.  Recently I received a phone call from John Scognamiglio, Editorial Director at Kensington, telling me he liked it.

The story is a take-off on Pygmalion/My Fair Lady—but with a twist: my heroine has the Professor Higgins role.  She tries to teach a man she thinks is common dockworker how to become a gentleman.  This first book in the series will be titled My Fair Lord and will be available in ebook format next fall.

The series will be called Once Upon a Bride.  The next two are also take-offs on well–known tales: Sleeping Beauty and Snow White, but with twists.

The heroines of all three of these books are young women who once attended the same girls’ boarding school where they were known as “The Three Hs” (their names are Henrietta, Hero, and Harriet) and were ostracized because they did not subscribe to the shallowest aspects of the society of their peers.

Will there be more?

I hope so.  I shall keep you posted. 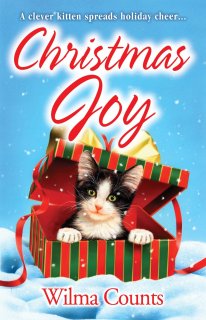 Several years ago, when I had already written three full-length novels (c. 70,000 words each) for Kensington’s Zebra imprint, John Scognamiglio, my editor, called me and asked if I’d consider writing a novella (c. 30,000 words) for an anthology he was putting together.  Well, to be honest, I’d written only one novella before, but I blithely said, “Sure.  I can do that.”  Then he dropped the bombshell on me: it had to include a kitten—because “kittens sell.”

I know it is rather politically incorrect these days (the PETA people will hate me), but I am not much of an animal person—and, if I were, cats would not be my pet of choice.  Nevertheless, I had made a commitment.  So, I went out and bought a book on kittens and diligently picked the brains of my cat-loving friends (thanks, Mary and Nancy!), and I wrote the story “Christmas Joy.”  The writing went smoothly, despite my trepidations about the subject matter.  It is a Regency romance, of course, in which a kitten helps to heal a child traumatized by her mother’s death and incidentally brings romance to Joy’s widowed father.

The anthology came out in time for the Christmas market in 2001 and was later translated into German.  (Apparently kittens sell in Germany, too.)  A couple of years ago, Kensington reissued the story in a slim volume and eBook on its own.  Again this year, they are offering it as an eBook for $.99.  Ninety-nine cents!  Where else are you likely to get a couple of hours of entertainment for less than a dollar?

This entry was posted in Book Review, On Writing.

It’s not as melodramatic as Return of the Native, but I’m back.  Hope you missed me.

Just finished the book that consumed almost MY WHOLE LIFE for the last few months.  I don’t have a title or a publication date yet (those being at the command of my editor), but I will keep you posted . . .

The work was slowed intermittently as I dealt with catastrophes of varying degrees of seriousness. Most serious: I lost two very dear friends this summer to “death’s dateless night” as Shakespeare put in Sonnet 30.  They came from totally separate parts of my life, but I loved them both dearly.  Less seriously: I fell (tripped over my own feet, you might say) and really skinned up one of my knees.  The open sore healed well enough, but the damage to the already arthritic knee is still there.  There should be some consolation in that I now have matching knees, but there isn’t!

Getting’ old is not a whole lot of fun some days! 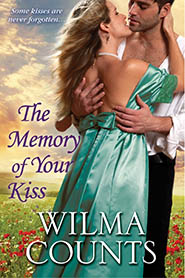 I just received word that my publisher (Kensington) is doing a big promo of ebooks in June and my last book, “The Memory of Your Kiss,” will be on sale for 99 cents. OK, the title is a bit hokey, but it’s a good story. Look it up on Amazon. 99 cents! Where else are you going to get 4-6 hours of entertainment for a dollar???? I’m excited about this because when did this with the previous book, sales skyrocketed!