Western Secular Humanism is a phrase one sometimes hears spoken with a distinct shudder by those with little real understanding of the term. This is especially true, it seems to me, of evangelical Christians—and certainly true of fanatical types of any “fundamentalist” persuasion, who so often mistake it as being decidedly antithetical to religion. 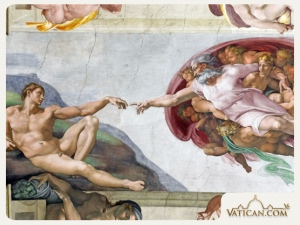 In the mid-1970s, an American novelist, the late Chaim Potok, presented a cogent argument for understanding secular humanism in a speech he gave in San Francisco to the National Council of Teachers of English. He specifically spoke of it in terms of writing fiction and teaching literature.

Allow me to reiterate some of what he said.

“Western” because the concept, which appeared in ancient Greece, later gained focus in Western Europe. Europe’s ideas of egalitarianism evolved differently from—and in sharp contrast to—the social mores of folks in the Middle and Far East who adhered to stricter hierarchies of class and clan relationships. (Recent history would suggest this is still true.)

“Secular” because it is NOT a religious view, though it does not preclude such a view. Western Secular Humanism neither advocates nor denies religion and spirituality. Indeed, it truly does see humans as sentient, spiritual beings who are also rational beings—emphasis on the word rational!

“Humanism” because it sees humankind as a focal point of the universe—which, if we are to take Biblical injunctions to heart, would seem to be the view of religionists, too. In other words, humanism holds people, not a god or gods, responsible for the ills that have beset human beings.

Potok spoke of Western Secular Humanism as a “cultural umbrella” that, instead of insisting on particular theological and political views, allows for any number of disparate views to co-exist under its aegis. He saw this as America’s unique contribution to a world always in turmoil. Europeans fleeing religious and economic woes brought these ideas to the New World. Yes, there were/are pockets of intolerance (think Puritan New England, for instance), but for the most part the founding fathers adopted a live-and-let-live approach to what they saw as ideal for this then new nation.

It is a view that we might well reexamine in this age of polarization—not only in American politics, but also in the world at large. We’ve lived with fanaticism and adamant refusal to compromise quite, quite long enough. My way or the highway just does not really work very well, does it?

Now—to bring this discussion back to what is at least tangentially related to the topic nearest to my heart: writing fiction. As a writer, I try to make my characters themselves responsible for their own actions. Both they and readers must be aware (eventually) that it was largely their own choices that brought about whatever challenges they face. They may or may not invoke a higher power in moments of crisis, but essentially human dilemmas are resolved by rational human beings. To have it otherwise is simply too easy, too unrealistic.

Life is full of choices.

And human beings make those choices.