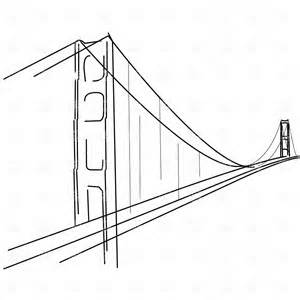 Saying a final goodbye to a treasured friend is never easy. Audrey Clarke was my English pen pal when we were in our young teens. (Do kids today with their text-messaging, etc., have pen pals?) Later we met many times over the years. She set the date of her London wedding for Thanksgiving weekend so I could be a witness as she married. (Her husband died a few years earlier than she.)

Audrey loved the United States, especially San Francisco, her favorite city in all the world—and having traveled widely, she had seen many of the world’s metropolises. Early on she insisted that one day she wanted her ashes scattered in San Francisco Bay. So it came as no surprise that before she died she arranged for that to happen. Several months after a ceremony celebrating her life in England, her friend Tony Feld arrived in San Francisco with her last remains.

I and another friend met him at Pier 40 where the three of us boarded a 25-foot boat manned by two very personable young men. Getting Wilma and her arthritic knees into the boat was no easy task, but we managed. It was a beautiful day, though a bit warm. We cruised the bay to the far side of the Golden Gate Bridge. One of the young men plied us with food and drinks as the other piloted the boat. The pilot suggested we actually scatter the ashes in a small cove very near the bridge as the wind was likely calmer there. He cut the motor; I read Dylan Thomas’s “And Death Shall Have No Dominion” to mark the occasion. (Audrey, originally from Northern Ireland, was reared as a Catholic, but as an adult she had little patience with organized religion. However, I thought she would appreciate something.) Some of my favorite lines:

Dead men naked they shall be one
With the man in the wind and the west moon;
. . .
They shall have stars at elbow and foot
. . .
Though lovers be lost love shall not;
And death shall have no dominion.

Tony emptied the urn into the water and said “Goodbye, Audrey” and it was over.

As we returned to Pier 40, we swung around Alcatraz Island where the buildings looked naked and bleak. Back on the dock, we again struggled to get Wilma off the boat, but managed with a strong young shoulder to lean on. All in all, it was a lovely excursion. Audrey would have loved it—except for the unseasonably warm sun. She never handled heat well. . . .

Some writers pooh-pooh the idea of writers’ groups. Perhaps they fear exposing themselves. Let’s face it: it takes guts to put your work out there in the limelight that shows all the zits and scars. Or, perhaps they fear someone will steal their ideas or their marvelous prose. That does happen, but only very rarely—so rarely that when it does, it becomes a major media event (Remember the brouhaha when Janet Daily stole whole paragraphs from Nora Roberts? Of when Rand Paul did some heavy-handed borrowing from Wikipedia?). For most of us, though, a good writing group is a godsend.

My particular group is Lone Mountain Writers, founded in the early 90s by Marilee Swirczek at Western Nevada College. Today the group is only loosely associated with the college. Quite frankly, LMW is wonderful. Every writer should have such a knowledgeable, supportive group! Ours is very eclectic in terms of both the members and the things they write. We range in age from twenties to seventies. I especially appreciate the fact that LMW has several men in it. If one writes romance, getting the alternative point of view is a must. Most of us write fiction—the gamut, from inspirational to soft porn (think 50 shades of anything). Occasionally someone hands us an essay or submits a poem to the crucible of critique.

Twice a month for two hours we discuss four submissions of approximately 15 pages each (these have been emailed the previous week). Detailed line editing is done on the manuscript and handled individually. During the meeting we try to confine ourselves to global comments that may be helpful not only to the individual writer, but address writer issues on a broader level.

There are few “rules”: Be positive and helpful; explain what did and did not work for you as a reader. Occasionally offer suggestions, but trust the writer to fix the problem—if he or she even agrees there is a problem.

Trust and respect. For the writer and his or her work. I do not ordinarily choose to read horror stories (zombies, etc.) or weird graphic sex, but I’ll read anything members of the group offer because I know that what I bring to them may not be their cup of tea either. But they read it. And, oh, my! are they ever helpful!
I would not willingly give up my association with Lone Mountain Writers.

Serendipity. That word sums up my life—at least my adult life, starting with my going off to college. In rural Oregon in the 1950s, it was decidedly out-of-the-ordinary for loggers’ kids to go to college. Just graduating from high school was pretty wonderful. Boys went to the woods or took over the family farm; girls got married and had babies (usually in that order). But I won a scholarship that would pay about a third of my tuition and fees at a small state college. It was worth $50. Fifty dollars!! But that made all the difference.

Somehow my mother managed to come up with another $250 to complete the amount needed for my first term at school. Actually, when I started out, I think I had no idea of really finishing. It was just an adventure “to see what it was like.” But after that first term, I was hooked. I begged and borrowed and managed to last out the year. And the next three—with lots of help from various sources.
By such means are lives changed. Fifty dollars. It is still mind-boggling!

Thousands of people trudge off every day to jobs they either hate or find incredibly boring. I cannot even imagine what that must be like. Well, OK, maybe I can: In college I had a part-time job in the gym handing out towels as athletes entered the locker rooms and retrieving the soiled ones as they left. Borrrring. And smelly. In general though, I have been very, very lucky. I have had two careers—no, vocations—that I have absolutely loved. A job is what you do for money. A career is just a label. But a vocation is a calling. You know: the kind of thing you’d probably feel compelled to do even if you didn’t get paid. For me they have been teaching and writing.

I loved teaching high school English and social studies classes—until the tedium of marking and grading essays and administrative bull**** drove me out. (Mind you, it took nearly 40 years for that to happen!) But preparing lessons and the classroom itself? Pure joy. It doesn’t get any better. I loved the subject matter—and it is true: to learn something really well, try teaching it. Want intellectual stimulation? Walk into a classroom where young people are arguing vehemently over whether Hamlet was mad or whether America’s immigration policies in the ‘30s encouraged the Nazis.

And writing? It’s pretty wonderful too! You create these characters and then try to enjoy their achievements (and yours) only to have them rebel and go off on their own erring ways. Gives you a better perspective on God’s handling of Adam and Eve! Anyway, it is challenging and engaging and FUN!

OLD HABITS ARE HARD TO BREAK 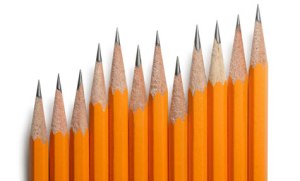 Everyone tells me I need a blog. So here I am trying to “blog.” I don’t have a clue. I guess you just spill your guts about whatever pops into your mind. So I have this blank sheet of paper in front of me—and a blank mind. Yes. I said “blank sheet of paper” because that’s the way I write: with lined composition paper and a No. 2 pencil. 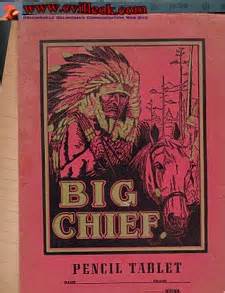 That’s the way I started when I was in 6th grade back in the dark ages. Mapril Easton and I filled pages and pages of Big Chief tablets with rambling tales of horses and cowboys and Indians and pioneer settlers. Mapril’s mom was our teacher in a one-room school complete with a wood stove and a three-hole outhouse. Straight out of Little House on the Prairie, only in rural Oregon. While Mrs. Easton worked with younger kids, Mapril and I would ignore that list of math problems she had given us and lose ourselves in making up adventures for Dangerous Dan and his wonderful horse Rusty or some such.

So that’s how it started: Lined paper and a No. 2 pencil. Today, of course, there is another step—one involving a computer with which I have what can only be described as a love-hate relationship!